Neil Science and method, Tools of the trade 0 Comments

Working with soft, sticky bread doughs – those containing 70% or more water by weight of flour – can be tricky. When it comes to shaping the loaf, you need to flour your hands and worksurface to help prevent the dough sticking. The problem is, even if you take care to distribute an even layer of flour onto your worktop (using a shaker or the professional baker’s technique of flicking a handful of it sideways at a shallow angle), it quickly piles up into shallow drifts as you start to manipulate the dough. Something I’ve started doing is rubbing a linen couche with flour and shaping the dough on that. The relatively coarse texture of the material traps the flour and prevents it being pushed around your work area, while at the same time providing enough friction to grip the bottom of the dough so that you can form a nice taut shape. 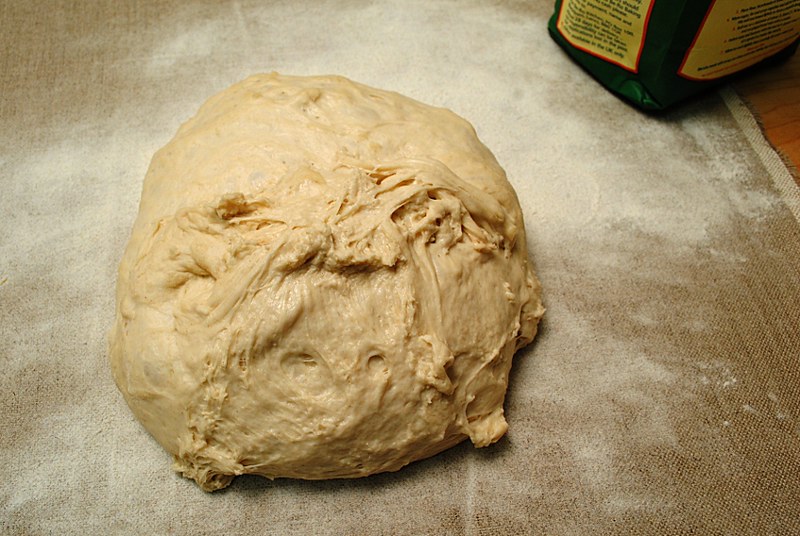 A couche, for the uninitiated, is simply a piece of linen cloth that is traditionally used for proving French ‘stick’ loaves: the baguette and its various cousins. The dough is shaped and laid across the floured couche, then a pleat is drawn up and the another shaped piece of dough laid next to it, and so on until all the loaves are laid out (or you run out of couche). Most commercial bakeries now use shallow aluminium pans that look like pieces of guttering to prove and bake these sorts of loaves, but some artisan bakeries still use the method. The word, which is French of course, means ‘bed’ (in the general sense of any place to sleep, rather than an actual bed, which is lit), and is the noun form of the verb coucher, made famous in English by the song Lady Marmalade: “Voulez-vous coucher avec moi, ce soi?”

Couche is available from a number of suppliers, but any piece of raw linen cloth will do. Mine is actually an offcut from a larger piece of linen that I used for painting on – canvases for oil painting, now often made using cheaper cotton duck (another heavy-duty canvas fabric), were originally made from linen, and linen canvas in various weights and textures can be obtained from good art supply shops. Now that I come to think of it, I’m sure cotton duck would do just as good a job, although it tends to have a closer weave and may be a bit more slippery than linen. I hope the picture below gives a fair impression of the texture of the cloth and how it holds the flour. 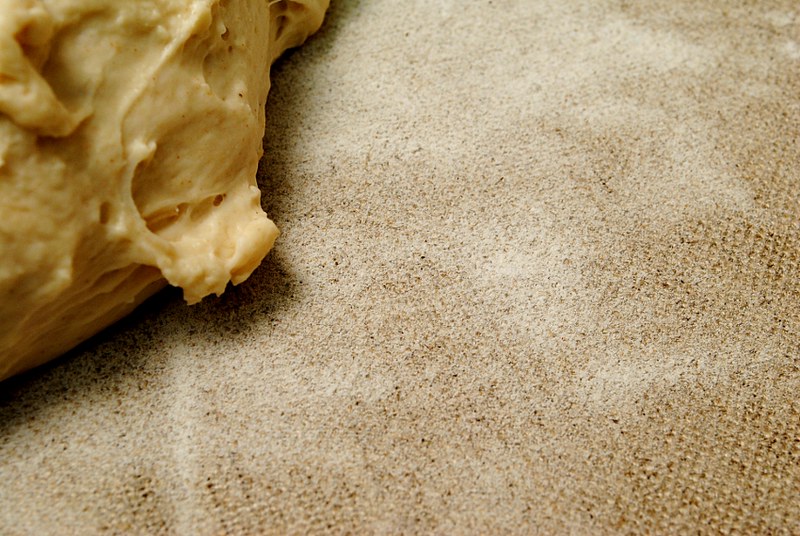 It’s necessary to anchor the cloth somehow in order to shape dough successfully, because part of the process usually involves dragging the dough across the worksurface in order to form a taut skin on the loaf: this helps produce a neater shape. I have the luxury of a kitchen table to work on (no central heating, mind you, but a kitchen large enough to accomodate a table), so I attach the couche to the tabletop using metal clips that are actually for securing sheets of paper to a drawing board. Alternatively, you could weigh down one edge of the fabric with whatever you have lying around.

Techniques for shaping dough are hard to describe, or even to show properly in pictures. I’m hoping to be able to upload some videos to the site at some point in the near-ish future, in which case I will be able to illustrate my point more clearly.

« Learning maltese » The heat is on